The story of Rizza & Joshua

Josh and I started dating our senior year of high school. In fact, he asked me out just weeks before graduation. And within those weeks we realized our fresh, new relationship would be a long distance one. Josh got accepted to business school at the University of Pennsylvania in Philadelphia. I, on the other hand, had plans to stay in Texas for nursing school. I already knew that college was going to be an exciting time filled with growth, changes, and learning. However, I was not expecting to go into it while in a relationship. Furthermore, not with my boyfriend thousands of miles away. Those four years were tough, to say the least. We talked every night, and spent endless hours on webcam calls while we studied on our own. There was no doubt in my mind that Josh was the love of my life. I knew that if we could get through these challenging four years that it would be worth it in the end.

Rewind to when we first met: In 2006, we were 16 and met through a church youth group. Josh and I had mutual friends, so we would often cross paths with one another. It took him a couple years to finally ask me out in 2008, and when he did, it was unexpected how head over heels I was for him! We started dating and meeting each other’s families. Both his family and mine were very supportive of our relationship. We developed strong friendships with each other’s friends –  I am forever grateful for this, and I’ll tell you why in a bit. Fast forward four years to May 2012 which couldn’t have come any sooner. I graduated from nursing school at the University of Texas in Austin and accepted a job in Houston. Josh graduated from UPenn, and moved back to Houston after four long years. I was beyond ecstatic to finally be living in the same city as Josh! I thought it would be smooth sailing from here. However our relationship faced many challenges as we transitioned from living 1,500 miles apart to living 15 minutes away from each other.  It took some time adjusting to this change as we were both very independent individuals coming out of college. I truly believe that the friends we share encouraged our relationship during both good times and bad throughout the years. Being surrounded with likeminded people that share the same values and beliefs reminded us that the love Josh and I had for each other was resilient. We could overcome anything together as a team.

In August 2017, Houston experienced the tragic disaster of Hurricane Harvey. Working in the medical field, I was stuck in the hospital for nearly a whole week.  Fortunately, I was released just in time for our out of town trip that we like to go on every summer. Josh particularly wanted to make sure this trip was very special for me. We had planned a week long trip where we would fly to Italy, meet my parents in Rome, and travel the country together. But once we reached our first stop over in Europe, Josh had surprised me with an “early birthday” side trip to Ibiza. On September 21st, the first day of fall, Josh planned an early morning hike to Es Vedra – a mystical island off the coast of Ibiza believed to be the tip of the lost city of Atlantis.

The view was breathtaking! Not a single soul was around; and that’s when Josh thought it was the perfect opportunity to drop to one knee. I was completely caught off guard. Honestly, I don’t even remember the words he used to ask me to marry him! So many things were running through my mind, but when he opened that ring box I nearly lost it! It was the most beautiful ring I could have ever imagined for myself. It was a picture perfect moment. But wait! It seemed that there was no one was around to capture the moment. Josh, the romantic that he is, had one final surprise – a secret photographer had captured the entire engagement starting with our hike that morning. In the ten years that I have gotten to know and love this man, he still continues to amaze me. The following morning, we flew to Italy to meet my parents as planned. Josh had asked for my parents’ blessing for the proposal weeks before the trip. My parents were anxiously awaiting our reunion in Italy to congratulate us.  This was such a special trip because we spent our first days as a newly engaged couple with my parents, the two people that first taught me about love. Josh knew how close I am with my mom and dad, and it was the cherry on top of the trip. I cannot wait to marry this selfless, loving man and unfold the rest of our love story!

Wedding Description by CivicPhotos Team
How beautiful a capture was the wedding day of Rizza & Joshua. We loved how much fun the wedding party was to document since they added so much excitement to this special day. Meeting up with the couple at the Sheraton Hotel Brook Hollow was where the day started as Rizza & Joshua exchanged gifts and both showed beautiful emotions. We love how they chose to use a vintage trolley from Jordan’s Limousines to carry the wedding party to the reception venue since it gave us the opportunity to document such candid moments throughout the journey.  Once we started the wedding party photographer at the Bell Tower on 34th…it was like documenting a spontaneous, romantic, fashionable scene from an Asian movie. This wedding party had such style!!! We also loved documenting the energy of the reception…dancing and the doughnut wall were quite active. The room was decorated in beautiful greenery which accented perfectly with the couple’s wedding party dress switch to emerald green. 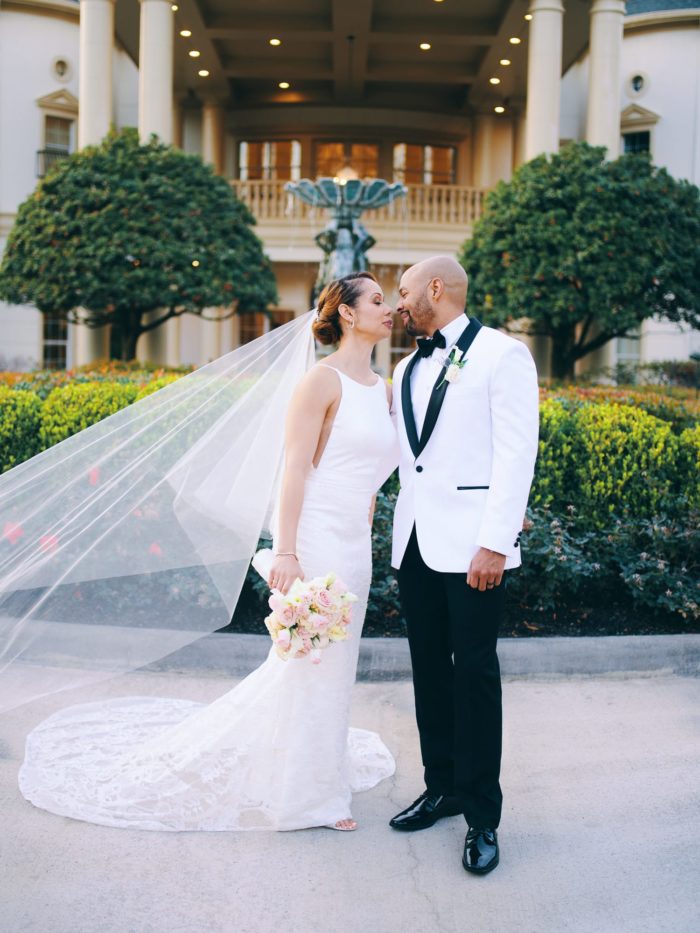 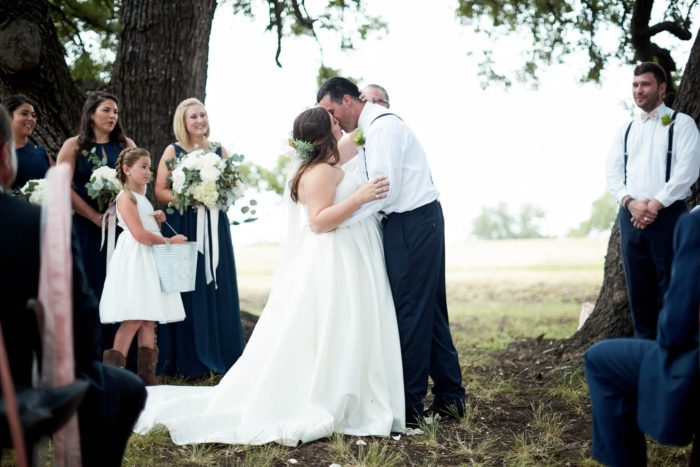 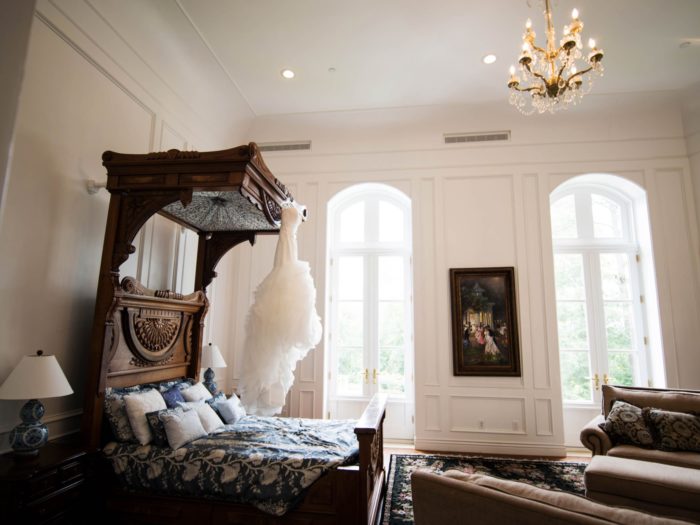 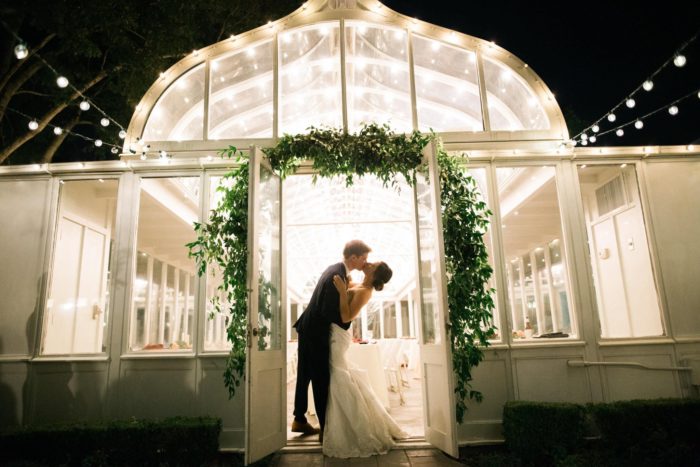